We’re committed to supporting sport in our region and we’re delighted that a superb team representing the Northumberland Union of Golf Clubs (NUGC) – which is sponsored by Cellular Solutions – has made it through to the national Men’s County Championship final!

Taking place from September 27 to September 29 at Huddersfield Golf Club, the final will be contested by teams representing Northumberland, Somerset, Nottinghamshire and Kent.

We’re proud to be supplying the Northumberland team with sponsored attire for the final.

Northumberland won their place at the final after coming top in the 36-hole Northern Counties Men’s Final on August 7 at Alnmouth Golf Club at Foxton Hall, Northumberland.

Up against teams from Yorkshire, Durham, Cheshire, Lancashire, Cumbria and the Isle of Man, Northumberland won by eight shots from Cheshire, with a total score of 872.

This is the second time they have triumphed in the ‘big six’ event in three years, after a 21 year wait for a victory in the Northern Counties Men’s Final. 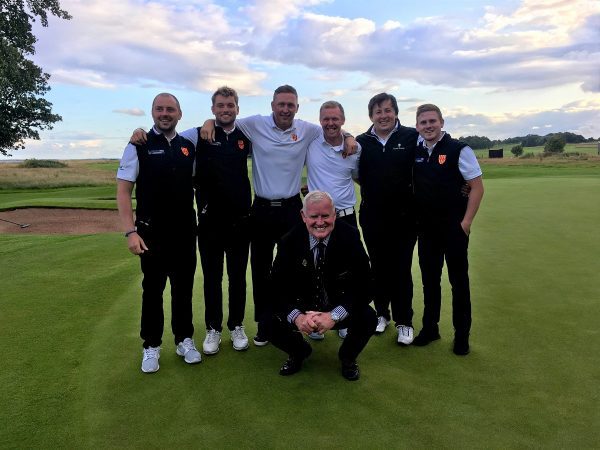 David Gilroy, captain of NUGC, said: “To win the national final and be English Champions would give golf in the North East a huge boost and in particular, our junior squad. We learned a lot when we sampled the national final at Trevose in Cornwall in 2017 and we are working really hard ahead of the final. I can see just how much the players want to win.

Mike Bowers, managing director of Cellular Solutions, said: “This is a fantastic achievement for Northumberland and we’d like to congratulate David and all of the golfers who have helped the county get to the final. They have really put Northumberland golf in the national spotlight this year and deserve enormous credit for their efforts.

“We have long supported North East sport and believe it’s important that the region’s business community plays its part in giving our talented sports people the platform and opportunities they deserve.

“All of us at Cellular Solutions will be rooting for the team as they hit the course in Huddersfield and we wish them the best of luck!”

The Northumberland team competing in the final will include Matty Lamb, Sean Heads, Mark Wharton, Gary Donnison and Andrew Minnikin, plus Alex Dixon and Phil Ridden, both of City of Newcastle Golf Club.

We will help you achieve increased growth through better, more efficient communications.

We will support you in operating more efficiently, effectively and productively.

The systems we offer include finance software, CRM software, business intelligence systems, people software and a range of sector-focused solutions.